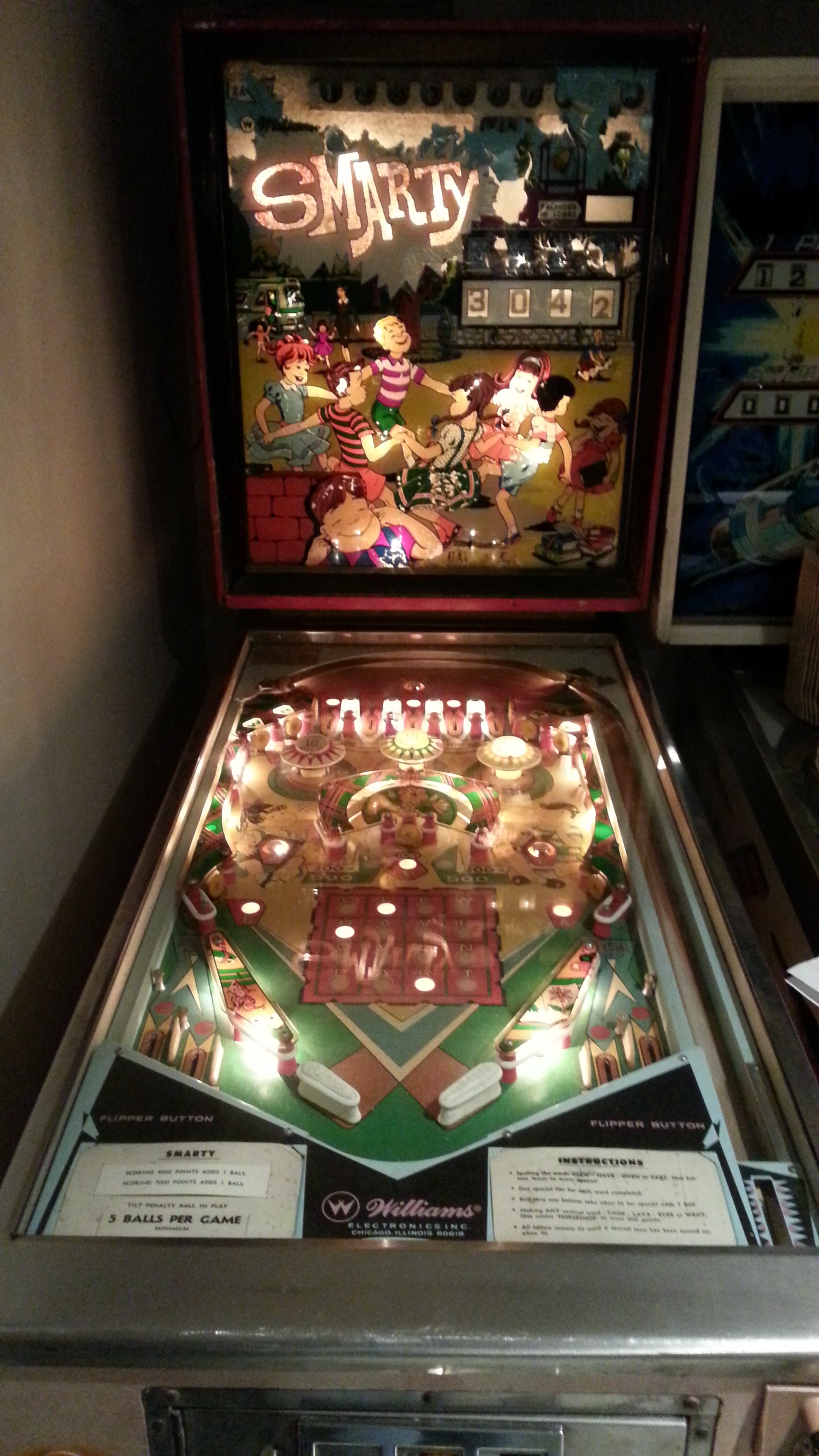 This is the first blog entry in my Pinball Collection series of posts. In these blog entries, I describe one of the pinball machines in my collection, along with a small back story including how I had acquired the machine and its history while in my possession.

For the longest time, I have been an arcade game aficionado, mostly involving the stand-up type of video games. It wasn’t until much later in life that I developed an appreciation for pinball machines. Sure, I grew up with them, but video games were a primary attraction for me.

In the year when I bought my house, I learned that the local fairground hosted an annual pinball show called The York Show. Having an empty basement suitable for a gameroom, I attended the show for the first time to see what it was all about. Basically, for one admission price, you can play free pinball all day out of the hundred or so which were brought in by volunteers. But on that first year, I did not pay the regular admission to get into the event. I only walked around the outside “tailgating” vendors, which I could do free of charge. I wanted a pinball machine, but I didn’t want to invest a lot of money in one. One of the vendors has a 1968 Williams Smarty, untested, for only $100. I bought it and dragged it home!The first thing I did was set it up in the garage and ignored the first rule about testing “untested” electrical equipment. I simply plugged it in and flicked the switch!! The machine lit up completely and kept making a Ka-chug, Ka-chug, Ka-chug… sound. I then turned it off, thankful that I only heard repetitive noises and not explosions and flames, and proceeded to open up the cabinet and playfield to look at the miles of wiring and groups of relays. This pinball machine is an EM type, or Electro-Mechanical. Everything is operated through relays, wire, and mechanical switching components. There is no CPU inside.

I was lucky. This pinball machine came with the schematic, which is ALWAYS a useful thing to have. After familiarizing myself with the schematic diagram, I eventually went through and cleaned the relays and checked the wires. It was a time consuming effort, but it DID pay off. I got the machine running smoothly!

After playing what seemed like a hundred games on it while it was still in my garage, I eventually transferred it to my basement gameroom and found a perfect place for it (under a well lit area, LOL). The family enjoyed playing it and I enjoyed the satisfaction of being able to get it working again. Twenty five years before, I used to work in a regional repair center, fixing video games and pinball machines (a DREAM JOB at the time!!!). I’m glad some of the repair knowledge I had back then still remained after all these years.

Over the next year, the pinball machine was a centerpiece to my gameroom. I had to do a few minor repairs on occasion, but that is a basic responsibility to pinball machine ownership. I also did my best to make sure and keep it clean. Unfortunately, the silkscreened paint behind the backglass is in bad shape and is flaking away, but that’s how it was when I bought it. I just have been unable to find a replacement backglass for it.

The Smarty game play goes as follows… It is a two-flipper game, but with the smaller style flippers (before the more common modern flipper size took over). The object of the game is to hit various targets and rollovers to light up letters in a grid on the playfield. The grid is a 4×4 matrix of letters, spelled out in four letter words (NOT the kind of four letter words you yell when the ball goes down the chute!!). As you complete each word, certain bonuses are activated which either give you more points, or scores an “extra ball.”

This pinball machine does not score “freeplays.” It was built in an era where pinball machines were considered gambling devices in some jurisdictions. There is a version of this game which does score freeplays. It’s called “Ding Dong”, and it completely identical to Smarty, except for the name. What this machine gives you is an extra ball as a bonus.

In the grand scheme of things, this isn’t a particularly “fast action” pinball machine. Don’t get me wrong. The gameplay is fun. However, it holds more sentimental value to me being the first one I owned (and fixed) for use in a gameroom. 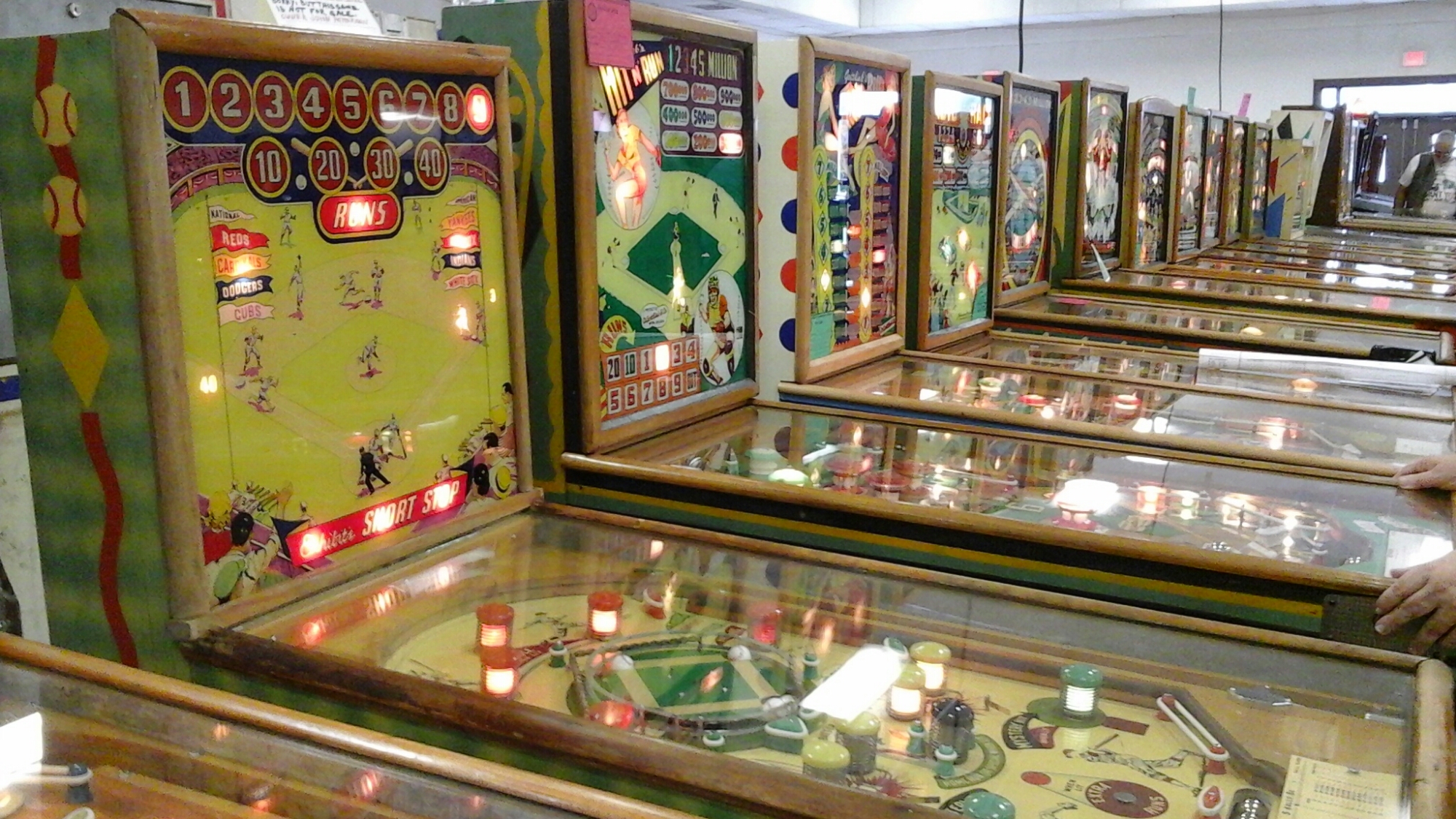