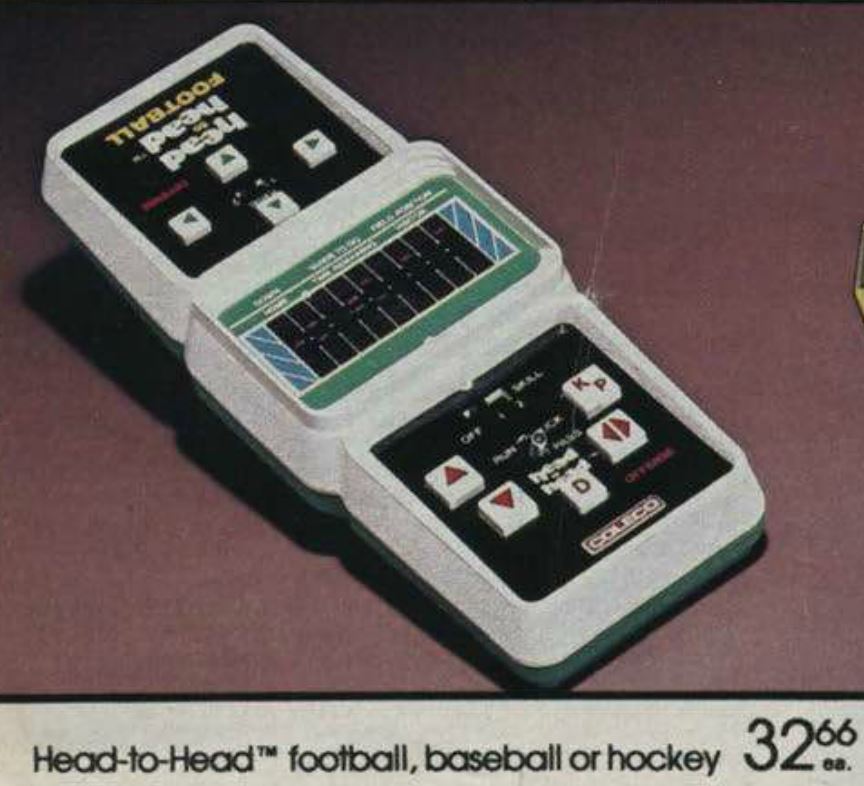 Ten days in this series so far. Did any of the things I have posted ever show up on your former wishlists, or even better, show up as a gift during the holidays?

Don’t forget to start at the beginning of this series if you haven’t done so already.

This was it!!! When Radio Shack dropped their 1978 catalog in September of 1977, it did not take me long to notice the very first home computer to ever be made available to the public. Just keep in mind, I mean that truly from my own perspective. I was too young, and had too few resources at my disposal, to know any better about Apple and PET computers. So when a large, popular retailer first posts a home computer for sale, that was my first ever introduction to the concept.

I wanted this so bad! THIS was my “Red Ryder carbine action, 200-shot, range model air rifle with a compass in the stock and this thing that tells time.” Only… I don’t believe the original TRS-80 had a thing that tells time. I believe you had to buy a separate real time clock module for that. However, I wasn’t as subtle as Ralphie was, trying to slip a printed flyer inside one of my Parent’s favorite magazine to get them to notice it. I just pestered them from time to time as only a tween child could do. Each time I believe the response was, “You’ll shoot your eye…”, ummm, “We’re not made of money.” And that was true. The $599 starting system price was quite a lot of money in the late 1970s. Instead, I received other fun stuff that Christmas.

I already posted about some of the cool items I received instead of a computer under the tree. I otherwise got my “fix” of home computing by going into the local Radio Shack and playing with them there. There were some great store managers that would encourage a kid, who just walked in after his visit to the arcade, to try out the computers on display. It would be about four years from that point before I got a home computer of my own.

Having owned my Emerson PM-3950 multi-band radio for a few years, I was still interested in hearing what else was on the airwaves. I heard about fire and ambulance services in my area transmitting on frequencies that the Emerson did not pick up. So, I started researching the scanners that were sold at Radio Shack.

Any scanner, regardless of size and features, could be made to listen to certain frequencies. Some of the cheaper scanners required the purchase of optional crystals, which limited you to just the frequencies you purchased. Me, I wanted it ALL! I wished for the granddaddy of all scanners ever presented in the most recent Radio Shack catalog of the day… the PRO-2002 digital display, 50 channel, no crystals scanner. Go big or go home, right?

This scanner covered pretty much all popular VHF bands for emergency services, police, aircraft, Amateur Radio (“what was that?”, my younger self would have said), and even a wide band of frequencies known as UHF. These frequencies were not necessarily equivalent to the VHF and UHF channel selections on TVs at the time. The acronyms VHF and UHF related to the portion(s) of the established electromagnetic spectrum based on the frequencies defined within those bands.

I was thrilled over the convenience of pushbutton control and being able to type in a frequency directly, read the frequency on the display, save it in a memory channel, and scan through my favorite channels at will. Unfortunately, I did not get this one for Christmas. Nor did I ever get a scanner of my own until around 1988, when I bought one of those fancy handheld PRO-31 scanners Radio Shack was selling that had pushbutton entry and an LCD digital display. But it would have been cool to own the PRO-2002 as a kid. A few years ago, I was able to purchase a working version of the predecessor, a PRO-2001. An older model, but with similar features.

Wokka-wokka-wokka… No, it’s not my Fozzie Bear imitation. It’s my PAC-MAN imitation!

Pac-Man was THE hot character back in 1982. Well, I guess any Cabbage Patch Kid was, too, but those were not electronic. Nor did you hear of massive mobs tearing into a store for Pac-Man on a watch. The Nelsonic brand Pac-Man wristwatch was definitely a product targeted to gadget nerds like me. I think back in 1982, my regular wristwatch wear was a Texas Instruments basic LCD watch that provided only date and time, and glowed a dull green at night due to the radioactive isotopes in its backlighting component. Those watches were cheap, costing about $10 at the time. The Pac-Man watch was $30… 3x more expensive! That’s equivalent to $80 today, not readily affordable by someone who just started working and doesn’t have much windfall money. The best I could do was hope it ended up under the tree. Unfortunately, that didn’t happen, and I found something more useful that I could finally afford the next year (if you were paying attention to this wishlist series).

The Pac-Man watch was a very simple representation of the game. It compares to the other electronic arcade game replicas of the day that had fixed characters on the display which appeared to move around. Coleco used the same technique on their tabletop arcade games. However, this watch had a very small display, so the maze size was equally small, and it probably would not have taken long for the wow factor to diminish and the game to become boring and trivial. But hey, it was PAC-MAN ON YOUR WRIST, right?!?

As a kid, when I started seeing electronic calculators showing up at local department stores, I wanted one for myself so badly. I liked buttons. So any calculator with a lot of buttons proved interesting for me, even if I didn’t know what half the buttons were for. Imagine how dazzled I was when seeing the Texas Instruments TI-30 calculator for the first time.

The TI-30 was cheap (in cost, not features) compared to other scientific calculators of the day, which is probably why it made a quick appearance on consumer department store shelves. They sold for about $25 in 1976. That should be a great price for a Christmas gift, I thought to myself, and started “showing my inclination” for wanting one, probably in a not so subtle way as an anxious teen would. LOL

But since the TI-30 started showing up on retailer shelves in Summer of 1976, perhaps I was a little too early dropping hints on wanting one. My birthday falls between Summer and Christmas. So what did I find as a gift on my birthday that year? A TI-1200 four function calculator. Probably because my parents save up for Christmas by paying on “Christmas Club” savings accounts all year. Their current club account had not matured yet, and perhaps my anxiety of owning my own calculator helped them decide on an ideal birthday gift for me instead. Sure, it wasn’t a TI-30, but I now had an electronic calculator of my own! I was still a happy kid. An advanced scientific calculator of any kind that eventually wound up in my possession is due to a chance discussion from one of my science teachers, but that’s a story for a later date.

In my opinion, the 1970s were the decade when consumer electronics became more pervasive, in a good way. The cost of electronic items became more affordable, and more consumers began to trust having electronics integrated in their everyday possessions. This includes board games. One of those board games is called Stop Thief, a detective game where the player hunts down clues from a burglar whose movements are managed by a handheld computer that resembles a calculator.

I’ve always liked board games. And when those board games became augmented with computing devices, I liked board games even more! I’ve played Clue! before. Stop Thief has some of the basic means of gameplay as Clue! does, however, instead of just searching for clues to figure out whodunnit by traveling from room to room in search for clues, you are chasing a moving thief in an attempt to derive his position as he moves about. While you’re still trying to pick up his trail, the thief may commit more crimes.

The star of the show is the handheld computer, called the “Electronic Game Scanner.” This device passes to the next player on each turn and each time you hand it over, the thief take another step or two. The Scanner also emits sounds of footsteps that all players can hear, which indicate the movement of the thief. And it also simulates a glass breaking sound, which indicates another crime is being committed. There are other sounds which can give the player directional clues like the sound of a door opening, etc. During the gameplay, the players can use Sleuth Cards which provide clues to the player about the thief’s whereabouts. The goal is to be the player detective that wins a total of $2500 through a series of successful captures.